A video introduction to coloma

A Brief History of Coloma 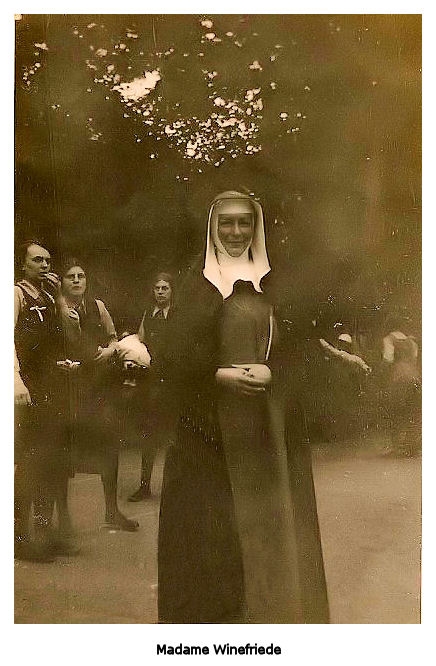 The Very Reverend Canon Van Crombrugghe, one of the greatest Belgian educationalists of his time, founded the Congregation of the Daughters of Mary and Joseph in Belgium in 1817. A bronze bust of Van Crombugghe can be found in the school's Main Hall. In 1867, at the celebrations commemorating the Golden Jubilee of the foundation of the Congregation, it was announced that a convent was to be opened in England. On 17th June 1869 three nuns arrived to take up residence in a small house, Poplar Villa in Wellesley Road, Croydon.

On 2nd August 1869, the school opened with one pupil. Two years later, a larger property was found in Tavistock Road and named Coloma.

The name owes its origins to the Spanish Count of Santa Coloma, former owner of the Daughters of Mary and Joseph's property in Malines in Belgium, which is named after his estate in Spain. 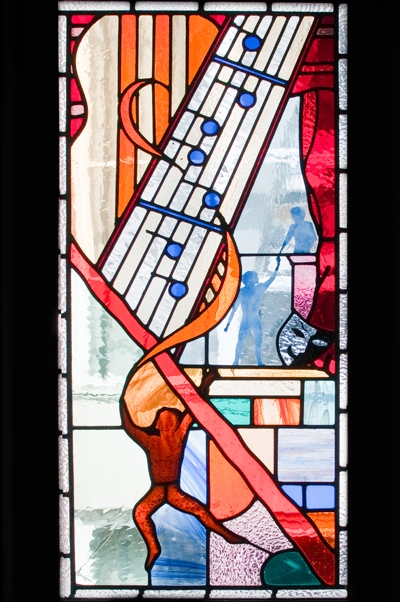 Through the late 19th, 20th and the early years of the 21st century the school has experienced many changes, in step with developments in the education of girls and young women.

In July 1965, Coloma moved from Tavistock Road to the site in Shirley, and in 1978 became a Voluntary Aided Roman Catholic Comprehensive School for Girls from 11-18 years of age. In April 1994, Coloma gained Grant Maintained Status. Following Government reforms Coloma once again became a Voluntary Aided Catholic Comprehensive Girls' School on 1st September 1999. In September 2000, Coloma changed from four forms to five-form entry and opened a new Sixth Form Centre. There are now 1,065 girls on roll, with over 300 in the Sixth Form.

The academic year 2009/10 was an important anniversary for Coloma Convent Girls’ School. It was celebrated by triumphant birthday celebrations as Coloma turned 140. In 1869 the school was opened with one pupil by three Sisters of the Congregation of the Daughters Of Mary And Joseph (Ladies of Mary) - a year which also saw the arrival of earth shattering inventions such as the vacuum cleaner, chewing gum and the Kodak camera! Now, 140 years on, Coloma can proudly boast its position as being consistently on of the highest achieving girls’ state school in the country. Head teacher, Mrs Maureen Martin, commented:

The 140th birthday celebrations are a glorious time for our school. Coloma thrives on a strong family foundation and throughout this academic year we will be calling all past and former pupils to join in our calendar of celebratory events. As our school goes from strength to strength, we all look forward to the next 140 years with great excitement.

The anniversary was launched with the cutting of a special anniversary cake by the youngest Coloma student, 11 year old Kimberley Onah and its eldest known former pupil, 91-year-old Kathleen Des Moulins.

Mass of Thanksgiving at Westminster Cathedral

This was swiftly followed on 28th September when over 1000 current students and more than 700 guests (made up of parents, old girls, ex staff and other friends of the school) celebrated Mass at Westminster Cathedral. The event was a great success and it was wonderful to see so many Coloma friends there.

The Mass of Thanksgiving was celebrated by Father Robert Hamilton, Superior General of the Josephites, the &#8216brother’ congregation of the Daughters of Mary and Joseph who founded Coloma in 1869.

During the Opening Hymn, symbols representing the history and work of Coloma were presented. A globe represented the international dimension of both the school and its founders: The school has just been awarded the International Schools Award and the Daughters of Mary and Joseph had earlier in the month launched a new primary school in Uganda also called Coloma. Lacrosse sticks characterised the school’s continued success in sports and a violin symbolised the outstanding musical achievements made by so many of the school’s pupils.

Celebration Concert at the Festival Hall 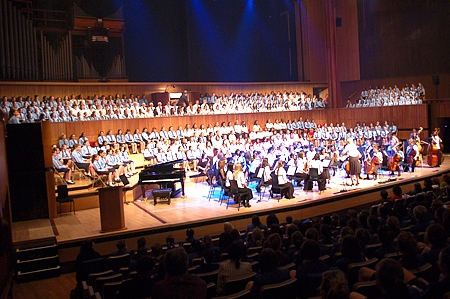 March 25th 2010 was the date set for the culmination of Coloma’s Anniversary Year, a whole school spectacular at the Royal Festival Hall. The date, the Feast of the Annunciation, was very appropriate as the event looked back to the birth of Coloma and celebrated its journey thus far.

The work of the whole school was celebrated through a wide range of magnificent subject and whole school displays and the stage programme allowed for recognition of pupil and former pupil achievements and contributions.

The audience of present and past students and staff, parents, guests, DMJ sisters was also treated to excellent performances of Music, Dance and Drama finishing with the World Premiere of “The Pearl” by Howard Goodall. This piece, which had been specially commissioned for the event, took us through our own life journey and pointed us towards our everlasting life in a most spiritual, musical setting. Our girls are Pearls!

This is an event which will live with all who attended for the rest of their lives.

To order a copy of the DVD of the evening please contact the Marketing Department at Coloma.

Looking to the Future

For 140 years, the Coloma story has continued to be one of successful expansion, sharing the message and aspiration of its founder at Coloma and as girls leave throughout the world. The students of today, as much as the Sisters who started the school so long ago, continue to live out the school motto in all that they do, “To Work is to Pray”. We look forward to the future with confidence and grateful thanks for all our rich history.

To mark the 140th Anniversary a superb book has been published, the Book of Memories. This 178 page book has been a real labour of love for former pupil Mrs. Sheila Glasswell. The book collects together memories about Coloma over its one hundred and forty year history and includes some fantastic old photographs of pupils and teachers both at the current site and also when Coloma was located in Tavistock Road. Copies of the book are available from the school priced at £8 with an additional voluntary donation of £2 towards Coloma Uganda.

To get your copy of the book simply download the purchase form from our downloads section, complete and send with your remittance directly to the School.